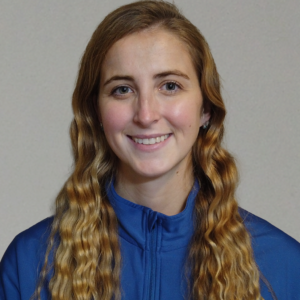 Sydney Matzko has joined the USA Elite Training Staff as Marketing Coordinator & Instructor.  Sydney is a long-time client of Jen’s and has been with us working on summer camps and clinics for several years. Sydney’s achievement started during high school when she led Torrington High School to a 70-9 record with 1,157 strikeouts and led her team to the schools first NVL title in 2013. Sydney was a 3x Team Captain, 3x All-NVL and 3x All-State player.  She was 2014 NVL Pitcher of the Year and part of the NVL All-Star Team.  Her other accolades included 2x Register Citizen Female Athlete of the Year, 2x TBSF Player of the Year, the Academic Excellence Award, and a CIAC Scholar Athlete. Sydney played travel ball for nationally-ranked Gold Coast Hurricanes out of Plantation, Florida for three years and in 2013 was ranked #41 for Top 100 Seniors in the Country.

Sydney went on to play at UNC – Chapel Hill on athletic scholarship from 2014-2017.  She was on the ACC Academic Honor Roll 2016 and 2017 and was a  NFCA All-America Scholar Athlete in 2017 and 2018..  She finished out her college career in 2017-2019 at the University of North Florida on an athletic scholarship.  In her two-year stint, she pitched 367 innings, with 252 strikeouts and 27 wins.  She led the team to their first ever ASUN Championship game and received ALL ASUN Academic Team honors.

Sydney played for the Stratford Brakettes, who won the  2015 Women’s Major Softball National Championship.  She posted an 11-2 record, with a 1.34 era and 67 strikeouts.

She graduated from the University of North Florida with a major in Sport Management and a minor in marketing.  She is currently pursuing her Master’s degree in Educational Leadership with a concentration in Athletic Administration. Sydney will be teaching all skills at USA Elite – including pitching and hitting.